What is Anvóy America?  A New World of Freedom and Opportunity

Anvóy America is a movement of common people against corruption.  It is an experiment of self-government to restore freedom, justice and opportunity for all by returning power to the people.  We invite you to join us and help restore freedom of the press, speech, religion and equal justice under the law – and stop oppressive searches, taxes and spending.  We envision a fairer nation composed of 50 states that function as independent laboratories of progress.

This might be our last chance to overcome the lies that divide and mislead us.  “We the people” must return to God, listen to and forgive one another, and reunite ourselves as a sovereign nation.

AnVóy America is about Faith, Family, Freedom and Fairness

AnVóy is a comprehensive action plan to heal our land and leave a better world for our children.  With it we can mobilize and equip ourselves to shine the “light of Truth” and defend the precious freedoms our fathers died to give us.

Our ancestors faced tyranny 400 years ago.  They crossed dark oceans for liberty and justice.   Their courage and sacrifice created the United States of America which was a Beacon of Hope to the world for centuries.

Sadly, we once again face calamity, but there is hope.  We are taking “Another Voyage” to redeem our nation.  We’re building a new Beacon of Hope: AnVóy America!

We are in a spiritual and cultural battle.  AnVóy America is a way that all of us can do even more for good.  It is like a long lever that we can pull and greatly increase our power.  The first step to succeeding is believing that we can.  Here are examples:

America was built on “unalienable rights” endowed by our Creator.  Our “trust was in God” instead of men who we knew would be easily corrupted.  Our imperfect nation was improved by key Constitutional Amendments and it flourished.  Unfortunately, because the heart of man is “deceitfully wicked,” America has begun to fall.  Bad ideas, immorality and injustice are growing like cancer.  Our misguided leaders ignore God and the Constitution, use fear and hatred to divide us and consolidate too much power for themselves.  Once again “we the people” face tyranny and must to do something about it. 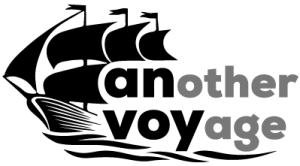 It’s Time for “Another Voyage”

It is not only our right to “petition government for redress of grievances,” it is our duty.  Our Declaration of Independence even states that it is the “duty” of the people to “throw off” abusive government as a last resort.  We don’t want to throw off our Constitution or government.  We want to redeem and preserve them.

America appears to be collapsing due to outside pressure, possibly in order to bring the US under global control.  Whatever the case, our current leaders seem helpless to fix the problem.  They are drunk with power.  They are like alcoholics with keys to the liquor cabinet.  Our only hope is to come together again and take bold action like our ancestors did.

We are not helpless.  There are practical, patriotic steps that we can all still take to protect the Constitution and Bill of Rights.  Although there is no “virgin land” to which we can sail, there is a new “virtual land” called AnVóy America (pronounced ăn-VŌY which is short for Another Voyage).  We are taking Another Voyage to AnVóy America to restore our nation’s foundation and preserve hope for future generations.

AnVóy America is a virtual (or simulated) nation made up of 50 “territories” that can become virtual “states.” The people “settling” here are God-fearing, liberty-loving citizens just like you.  This is our way of coming together to support the common people, the small businesses/ministries and local governments that make our communities safe and prosperous.  This is a big vision to restore the Judeo-Christian principles that so blessed our nation.  You can be a key part of it.  Sign up for free to learn more!

Here’s How to Learn More

Then What?  Here is What You Will Get